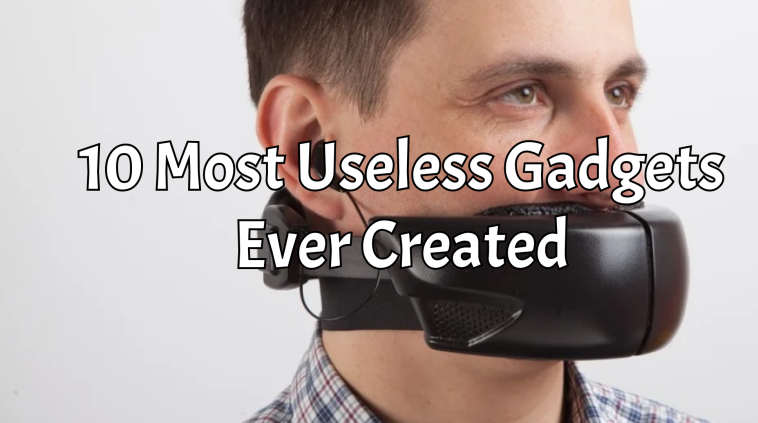 Humans, over the years, have come a long way and achieved amazing feats in the field of technology. But, there are times when our creative minds tend to overdo it, and before we know it, we don’t realize that we’re munching vegetables into our fruit salad.

So for today, I have compiled a list of weird gadgets and other funny stuff that I think is useless and ridiculous.

From the Japanese auto-company Denso, the giant platform soles/vacuum cleaner has to fit in somewhere after all – but why the half-checkerboard upper? Or the pink and black laces? Who on earth is expected to ever actually wear these things out of choice?

They’re heavy, they look funny, and we can’t imagine they even work very well as hoovers. Where will all the dirt go from suction? Useless.

If you hate folding laundry, this bulky fridge-like tower can surely help you, only if you can afford it. With a staggering price tag of $16,000, the only con is that it can take only 30-40 items in one go.

The robotic arm inside the machine then picks up the piece of cloth and spends the next 5 minutes folding it.  Sure, the technology behind is stunning but would be willing to spend almost $20k just to avoid folding? Probably not.

Pizza lovers should love this but the cumbersome design makes it more your pizza eating more inconvenient. The combination of spatula/scissors to cut a slice of pizza is unnecessary. So people tend to use the much more easy-to-use pizza-cutting wheel or maybe just a knife.

Hushme Voice Mask allows you to talk on the phone without disturbing others. But the catch is, you have to wrap it around your mouth which looks funny.

With the help of some kind of insulation, it muffles the sound of your voice and keeps your voice sealed so people nearby won’t hear.

It also has features that produce the sounds of monkey, squirrel, minion, and more that’ll only make you look even more stupid and annoying to people nearby.

Imagine yourself working with the computer while baking and you are in need of weighing in the ingredients. Well, you don’t need to scramble around the house looking for the weighing scale because this USB mouse comes with a built-in digital weighing scale.

However, it can’t be used to measure heavy stuff like luggage and etc. But who the hell does baking while working on a computer?

Who would think that the number one maker of mobile phones “Nokia” would add to the pile of this useless things list?

As early as the 2000’s there are actually a market for portable gaming devices that are also smartphones. Nokia’s mistake was to add phone capability to a games console, rather than gamifying a smartphone. The result was useless: pretend to make a phone call on your Wii and you will get the idea.

The N-Gage cost around $100 in the early 2000’s,  more than Nintendo’s Game Boy, had few titles available to play on it and looked awful both as a console and as a smartphone. Awful, and useless.

“Worthless. Complete waste of money. I’d like to throat punch the guy who ‘invented’ this POS. Do yourself a favor, don’t believe anyone who says this thing works. The attached pics show a half of avocado less than 24 hours after cutting.”

This is according the guy who purchased it from Amazon. XD

Sounds cool! But, what does it actually do? Well… it’s rock so nothing :/

These shoes offer a well-air-conditioned and refreshing comfort for your feet during the summer.

Sounds promising, but think of how ridiculous this is. You are wearing a shoe… with an air condition unit in it?

If you don’t blow anyone away with every step you take, then I don’t know what’s wrong with you.

It is a smart water fountain for your pet cat. It looks beautiful and has an ergonomic design to fit your cat’s daily hydration needs.

Sounds like a great idea, except that cats’ behavior is unpredictable. You’d probably regret buying one after you see your cat running for the box instead of this expensive piece of hardware which cost $200 per unit. Yikes. 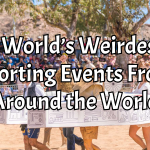