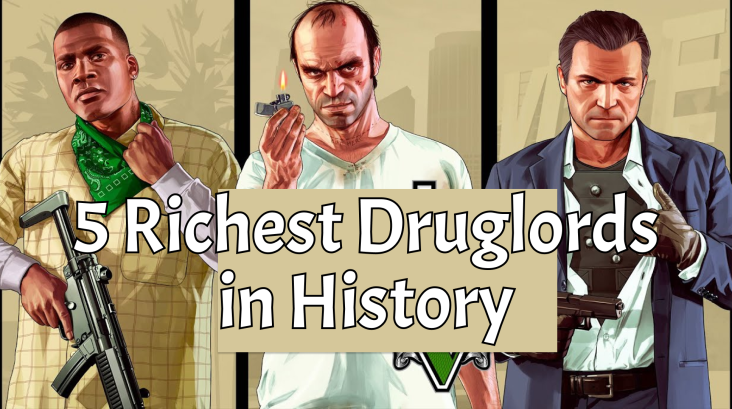 Illegal Drugs have always been a part of human history.  The think tank Global Financial Integrity’s Transnational Crime and the Developing World report estimates the size of the global illicit drug market between US$426 and US$652 billion in 2020 alone.

Certain people and organizations came together to form create these operations/empires that engage in the production, distribution, and sale of illicit narcotics behind this massive “drug trade” industry. These groups, whether they are gangs or massive drug cartels, make large amounts of money off of the profit of their drug sales.

Here we are going to take a look at ten of the richest drug lords of all time to show you just how much money these people made.

Known as the “Opium King”. Khun Sa was a Chinese drug lord and a military leader that grew to prominence during the 1960s when he fled into Burma at the end of the Chinese Civil War.

He began to organize a small militia group of fighters which would eventually grow into an army in a remote region in Myanmar.

Eventually, he got involved with the opium and heroin trade, as he oversaw the production and transportation of these drugs within South East Asia. Khun Sa was eventually indicted by the United States for his drug operation and then surrendered to the Burmese government in hopes that he would not be extradited to the U.S. He was then never really locked up and lived the remainder of his life as a civilian in Rangoon.

Jorge, Juan David, and Fabio Ochoa brothers were the founders of the notorious Medellin Cartel in Colombia.

Even before the Medellin Cartel was formed, the Ochoa Brothers were already producing and has years of experience in producing and trafficking cocaine and meth.

During the height of their operations, they were estimated to have a combined net worth of some $6 billion dollars.  Eventually, due to competition from drug cartels in Mexico, their drug empire began to fall, Jorge and Juan David would eventually surrender to the Columbian government, and Fabio was extradited to the United States.

Known as an Indian Mafia boss, Dawood Ibrahim Kaskar is an Indian crime and drug lord who is the leader of the notorious D-Company syndicate in India. The D-Company is a Mumbai underworld criminal syndicate that involves drug trafficking to assassination and kidnapping.

Dawood is believed to be the mastermind behind the 1993 Mumbai Bombings and he was known to have close connections with al-Queda and even Osama bin Laden when he was alive. It is estimated that Dawood is worth around $6.7 billion dollars. Even to this day, his current whereabouts are unknown, but it is believed he may be residing in Pakistan or the United Arab Emirates.

Mexican drug lord, Amado Carrillo Fuentes overtook the biggest cartel in Mexico “Juarez Cartel” in the 1970s after he assassinated its former leader. Amado was known as “the lord of the skies” as he had 27 Boeing 727 jets that flew regularly into the United States carrying cocaine.

He has undergone plastic surgery many times to change his appearance as the DEA and various governments began to hunt and catch him. There are rumors that he died after an operation, however, there are a few conspiracy theories out there that suggest that he is still alive.

It is estimated that he was worth $25 billion dollars at one point, making him one of the richest drug lords ever.

Known as the “King of Cocaine”, Pablo Escobar is easily the most notorious and the wealthiest drug lord that ever lived.

Born in Medellin, Colombia, Escobar studied briefly at Universidad Autónoma Latinoamericana of Medellín but left the school and he instead began engaging in criminal activity, selling illegal cigarettes and fake lottery tickets, as well as participating in motor vehicle theft. In the early 1970s, he began to work for various drug smugglers, often kidnapping and holding people for ransom.

In 1976,  he founded Medellin Cartel and become the wealthiest criminal in history. During the height of the Medellin Cartel and his empire, it was estimated that Pablo supplied 80% of the cocaine sold in the United States and the cartel was bringing in over $60 million dollars every day.

When he was alive, he was one of the richest individuals in the entire world. He fought extremely hard and violently against the Columbian government during the 1970’s, 1980’s, and the 1990’s, and essentially was waging a war. Escobar was eventually killed during a raid in 1993, leaving behind a notorious legacy. 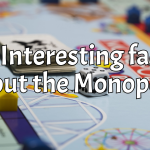 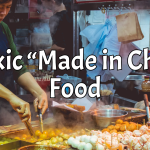