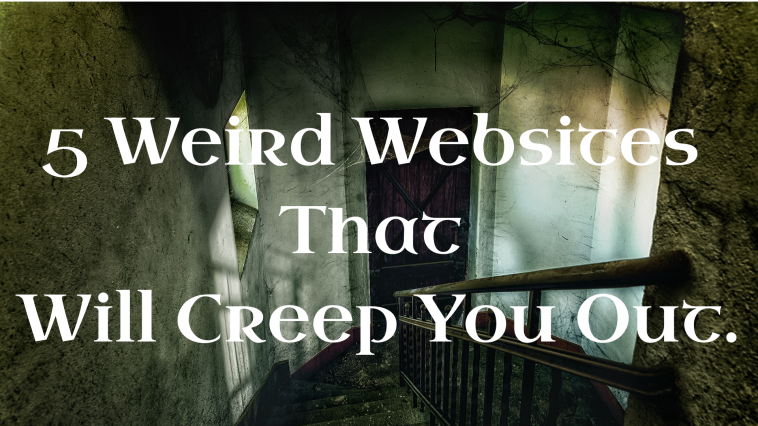 We have compiled together a list of the scariest websites on the internet – to give you that extra creepy feeling from the comfort of your own home. You can also call them creepy websites, but that’s practically the same most of the time.

This list contains some of the weirdest and scariest pages on the internet.

So here’s a look at some bizarre and creepy things you can stumble on when accessing the dark underbellies of the web, as told by the people who claim to have experienced them.

973 Eht Namuh Is seriously is a very creepy website. First of all, who the heck created this website? Why does it even exist? For what purpose? It doesn’t make any sense!

Everything in it really doesn’t make sense. I really don’t know what came into the mind of its creator.

There’s one thing for sure though, 973 Eht Namuh backwards = Human The 370. Well, that still doesn’t make sense but at least we have a little bit of clue.

That’s not all though, there’s a lot more of these unusual things. Weird classical Satanic theme, Crazy pictures, creepy words, indescribable scribbling – this site sure is freaky!

Purgatorium, as creepy as it sounds but it is actually a game about purgatory. Still, creepy. Hence, the name Purgatorium.

It’s an old school game, a creepy game! In this game, you explore about inside a room and will get lost in every nook and cranny. It’s quite disturbing. Every detail is weird and almost like things are leading to a menacing turn.

And it does! The end is very menacing! I’m not sure if you’ll make it through but believe me; its worth trying!

No one knows who the hell is this man is or where he even comes from but. But he appears in the dreams of many people around the world! There’s a good chance he showed in your dream already as many people agree that this exactly is the image of the mysterious man.

Who is the hell is he? Why does he appear in dreams? Why are many people familiar with his face? Maybe he’s an alien? Of someone special? Uncover the mysteries and get information about this creepy man in the “This Man?” website.

Would you feel safe and comfortable if many people eyes are watching on you? You will surely feel distressed.

Opentopia is a website that allows you watch random people and places all over the world through CCTV and many surveillance cameras. Literally, its like a window to another world where it opens up for everyone to see.

There’s a live camera watching everything that happens from here and there. So, the places with these cameras are fully open for public scrutiny. If by any chance you have plans on doing bad things in these places, then you should be scared! The whole world knows everything there and is watching you!

Last words can be frightening! Especially if its someone who died from a plane crash. Final words of a people whose lives will turn to death in a couple while.

Last Words From Plane Crashes is a huge collection of the last words recorded before the tragedy of a plane crash occurs. What makes them terrifying is that the words are very proportional to the situation happening, which is in this case – a plane clash.

Most of the things recorded are woes of the inevitable death situation. And sometimes, some of the words are truly heart-breaking and heart-wrenching. 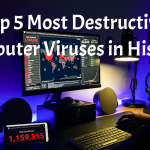