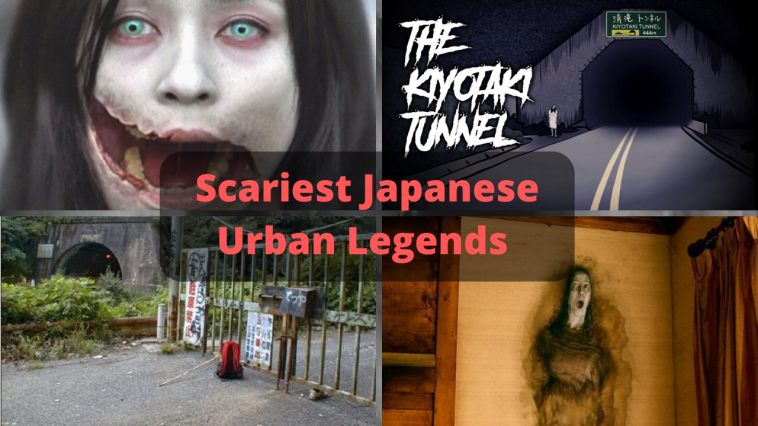 All societies have numerous stories of paranormal entities designed to frighten the most gullible. Many of these urban legends have crossed borders and are almost universal.

However, the enormous fascination that this type of story exerts on Japanese society. This condition has made it possible for that country to produce a lot of terrifying tales.

Although some of these stories have starred in successful horror movies, most of them are very little known outside the borders of Japan. Therefore, we want to share a compilation of the creepiest Japanese Urban Legends that won’t let you sleep tonight. Let’s begin!

An ancient legend tells that a samurai cut off the mouth of his beautiful woman. He attacked her because of jealousy caused by her constant infidelities.

Since then, Kuchisake-Onna, the woman with her mouth cut, appears to young people who walk the streets on, especially nights. She pretends to be an ordinary girl with a surgical mask covering her mouth. Then, this demonic spirit asks its victims, “Am I beautiful?”

Whatever you say, she will eventually show her cut in her mouth. Some Japanese people believed that the cut was so wide that it almost reached the ear.

That word means “human pillars” in English. The origin of this curious legend is found in the ancient age of Japan. At that time, societies believed that they had to make sacrifices to the gods to make the constructions durable, sturdy, and always been protected.

The sacrifice consisted of burying a person alive within the pillars of the building. If the gods accepted the offering, the building would last generations. At the same time, the ghost of the poor unfortunate would spend all eternity trapped between its walls and pillars.

Tomino’s Hell is a poem written by Yoomta Inuhiko. It tells the story of Tomino, a beautiful young woman who dies and goes straight to hell.

Legend says anyone who reads it aloud will be the victim of a terrible curse. From that moment, all kinds of calamities will happen in your life, until you reach a terrifying death.

The girl in the hole

Some houses in Japan have holes and cracks that extend through all the rooms. An evil spirit used to inhabit these places. It takes the form of a girl who usually hides among the furniture or behind the doors. Just like someone who is in search of someone else with whom to play hide-and-seek.

If the person agrees to play with him, terrible things will happen. The next time a victim sees the eyes of this entity, he will be dragged into a demonic dimension that he can never escape.

According to legend, Inunaki is a mysterious village that lives wholly isolated from the rest of Japan. No one knows its exact location, and many people doubt its existence.

However, those who claim to have visited it say that at their entrance, there is a warning that says: “The constitutive laws of Japan have no value here.” Soon after, any electronic devices stop working.

Although there are old shops and public telephones, it is not possible to communicate with any place outside this disturbing village. Besides, its inhabitants of this disturbing village practice activities such as incest or cannibalism. Murders are also frequent. Therefore, most people who accidentally trapped there have never returned.

Built in 1927, this haunted tunnel is 444 meters long. For some Asian cultures, the number four is a bearer of bad luck. Therefore, according to the legend, the size of this gallery varies depending on whether the measurement is made day or night.

The origin of the curse is found in slaves who died during its construction. People believed that their spirits are still trapped inside.

Due to this, numerous witnesses say that when passing through it at night, it is possible to see some ghosts. Some say that they have even appeared inside the cars that cross the tunnel to cause accidents with fatal consequences.

Finally, the legend indicates that if someone sees one of these spirits when looking in a mirror installed inside this sinister gallery, he will suffer a terrible death. 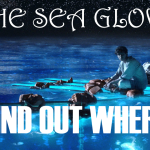