Steven Seagal is one of the most interesting figures of all time. We know him from his epic action films and martial arts. But little did you know that he’s also a talented musician and an actor who holds multiple citizenship in different countries.

From his martial arts action films that went from blockbuster hits to the straight-to-video bins, his career as police? and even his decades of practicing aikido, it’s safe to save that Seagal has accomplished a lot and inspired people.

But amid his successful career, Seagal’s life, however, that seem like they’re just too preposterous to be true, but let me tell you, most of what you hear about the star of such films as Above The Law, Hard To Kill, and Under Siege, is just too crazy to be made up.

Here are seven of the craziest facts about his life and career.

After traveling multiple times in Russia and meeting Vladimir Putin, Seagal was granted Russian citizenship in 2016.

Putin was a fan of Seagal and according to an immigration spokesman “He was asking quite insistently and over a lengthy period to be granted citizenship.”

While various media have cited Seagal and President Putin as friends, Seagal even stated that he “would like to consider Putin as a brother”, Putin has distanced himself from Seagal. 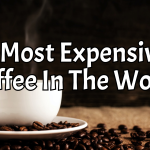 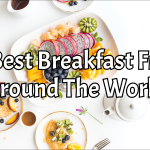