We all love who’s the”Top 10’s” and lists of the best and the greatest. But in hip-hop, getting to the list requires a special level of consideration: aside from being popular and being a crowd favorite being the GOAT means proving it why.

And that’s “Who’s makes the list of the best rappers of all time?” Everyone has an opinion and it’s usually based on popularity instead of skill.

This top 10 list is not just about who’s currently the most popular. We ranked them based on their pure hip-hop skill levels, whether they’re on Billboard’s Top 10 or an independent artist.

We’ve also considered which one of these hip-hop artists makes the list of the wealthiest rappers as well. So, do popularity equal skill and vice versa? The answer might surprise you. But in the meantime let’s do this, count down the list of the best rappers of all time…

Some might disagree on placing him on the list, but Lil Wayne whether you like it or not deserves it. Just don’t focus on his crappy auto-tuned songs in some of his singles, and you will discover a really skilled lyricist.

For decades now he’s honed his craft to include multisyllabic rhyming, clever rhyme schemes, and gobs of wordplay.

He actually popularized, and some might argue invented, the use of analogies (instead of similes) in his wordplay along with his Young Money label mates, which plays out more like a joke with a punchline than anything else. His standout skill is that he never wastes a line.

Why Kool G Rap is in the list of the greatest?

He has been known as the major influence on some of hip-hop’s most critically acclaimed figures such as The Notorious B.I.G., Nas, Eminem, and Jay-Z, as well as many underground rappers but he is underrated.

Most of the popular rappers you know today cited Kool G Rap one of their own favorites. He was an early adopter of “multisyllabic rhyming” while maintaining that smooth New York flow that inspired several others on this list.

Kool G Rap is a perfect example of an influential technical mc who pioneered a style but didn’t fully reap financial success or critical recognition but is highly respected and beloved in the hip-hop community. From AZ to Big Pun and even a Black Thought or Nas, you can hear the Kool G Rap influence in their rhyme style esp. when it comes to multisyllabic rhyming

His breath control, visual narratives and imagery, and flow are only part of what land him on all the “best” lists. If you’ve never heard him and listen to him, he’ll sound extremely familiar due to how many other artists have tried to emulate him. Big Pun, for instance, got his mafioso style from G Rap.

He is the embodiment of lyricism; the pinnacle of the craft. He released his first album, the best Hip Hop album of all time before I was even 10 years old, and he continues to create pure Hip Hop music as I have entered my 30s. He has been the most successful Hip Hop artist in history in terms of blending commercial appeal together with the gritty, underground street stories that became the basis for Hip Hop music once the focus shifted from the DJ to the MC. He did that without fully “selling out.”

Even now, with a recent guest appearance on a Justin Bieber song, it is almost certain that Nas surely won’t follow that up with some turn up or drill nonsense that is plaguing the airwaves. He always comes back to the roots of Hip Hop; the projects, the Black community, and the expansion of awareness and knowledge. Just two years ago he was awarded the W.E.B. Du Bois Medal from Harvard University for his contributions to Black culture.

Sage Francis comes from the intellectual “backpacker” school of rap, destined to never be mainstream but provides more value packed into each song than any other sub-genre of hip-hop. Francis can do it all as good as any other artist, but his real strength is his story telling and imagery.

Francis could easily be listed even further up the list, but his content is so thick with intellectual content that it holds him back in terms of pure enjoyment. A lot of times it takes actual effort to listen to him as you get sucked into his complexity. He’ll find the balance soon and move up, I’m sure.

There are many reasons why Jay Z is great. His catalog or body of work spans over two decades. The length of his career demonstrates unmatched longevity (at least in Hip Hop). Bear in mind that his first album was released in 1996 at a time when Hip Hop culture and music where still relatively young.

It’s also worth noting that this is a body of work that has amassed him over one-hundred different awards, of which include twenty-one Grammy wins from seventy-four nominations. He holds the record for all time no.1 album positions on the Billboard 200 album charts with 14. In second place are Bruce Springsteen and as Barbara Streisand with 11 no.1 albums each. And he’s worth a cool $900 million.

I could discuss his statistics all day long and still not convey the point clearly. The best way to find out why Jay Z is great is to listen to his music. My two favourite Jay Z albums, in no particular order are; The Blueprint, and The Black Album. To sum it up Jay Z is a tour de fource, not only in Hip Hop, but in the music industry as a whole, and in modern pop culture.

Tech N9ne has the best flow of all time, hands down, zero questions. His use of triplets, sixlets, complex rhyme schemes, multisyllabic rhyming, weird time signatures, and more puts him almost at the top. His energy is unmatched. So why isn’t he number one?

Because he refuses to break out of his complexity. He follows the rules so hard that sometimes he even makes up words or phrases to fit into the multi. It’s not a big deal but if he can get past that and perhaps enhance his storytelling, he can easily take the top spot.

To be known the goat in anything you have to be able to do it all. You look at MJ he isn’t the greatest just because he can dunk. He could shoot, pass, tons of accolades. Accolades are the main decider. If you put that person up against somebody else he or she would win. You can’t be the greatest and never won anything. You could be considered great but not the greatest. In that regard, Eminem is the greatest. He would destroy anybody who went up against him especially as he evolved.

When em added his wordplay, his diversity and his lyrics became like no other, I was like wow. You look at 2pac and biggie who many would say are the top 2. I was a huge 2pac fan until em came along. Em got to the point where people were like accolades mean nothing but used it to judge others as being better than whom. The music you have Grammy you can’t be named the goat and never won a Grammy. 2pac and biggies lives were cut short unfortunately but if you look at what em has done compared to the rest it is like night and day.

Em would destroy anybody who would go against him. Em diversity is what gets me. The man can make taking a crap sound good lol. 2pac etc was great but no Grammys and girls 99% of the time. A white boy is not supposed to be labeled the goat or even the top 5 In some people’s books. Therefore, people started making up excuses. 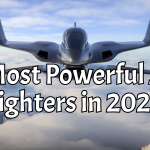 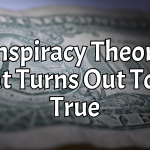