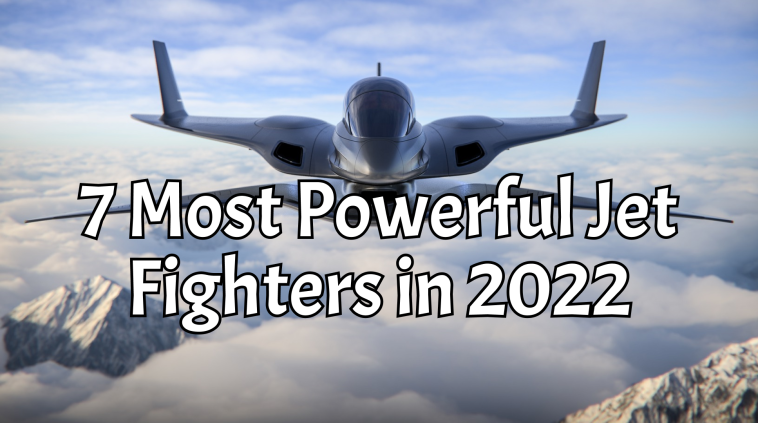 Countries with cutting-edge weaponry hold the advantage in modern-day warfare. They spend billions of dollars in defense including the likes of hypersonic missiles, robotic systems, nuclear submarines, etc.

But none could match the indomitable speed of the fighter jets and air power that can be game-changing in the course of the war. It has varieties of roles that can be used as an interceptor, heavy fighters, reconnaissance aircraft, night and stealth fighters.

So what are the best fighter jets in the world? The following list is simply our choice of seven of the best out there.

So far, only Swedish and Brazilian air forces have adopted the latest version of the JAS 39, but it has been evaluated by many others, only narrowly losing out to newer and more advanced aircraft such as the F-35. This shows the true potential of this versatile Swedish jet.

The Russian Sukhoi Su-30, Su-35, and Su-37, along with the Chinese Shenyang J-16, come from the lineage of the celebrated Su-27 platform, with various upgrades that offered them 4.5 generation capabilities.

But the Su-35S could be considered to be the best of them all. It features the latest electronics systems only produced in Russia as well as numerous improvements to the fuselage.

Its signature characteristic is the thrust-vectoring engine nozzles, which can turn to any direction, making the aircraft extremely maneuverable, so much so that it does not even require canards, a feature that became a staple on earlier Su-30 and Su-35 variants.

The Eurofighter Typhoon was designed in the 1970s and the 80s. However, Europe’s primary jet has continuous upgrades and it gets a lot better over the years.

The latest Tranche 3 variant has a much improved air-to-air and air-to-ground capability, due to advanced radar and electronics systems.

The Typhoon has been used by some of the strongest air forces in Europe and the Middle East, including the United Kingdom, Germany, Italy, Qatar, and Saudi Arabia. It has been so successful that Europe skipped the development of its 5th generation jet, and jumped straight to the 6th generation with the FCAS and the Tempest.

The Rafale is developed in France and enjoyed greater sales in recent years, and a larger range of variants have been developed.

The F3-R is the latest variant and has been given many upgrades to its weaponry and sensors.

Currently, the F4 is under development and will include further improvements to its radar and avionics. France, the United Arab Emirates, India, and a host of other customers will begin to receive delivery of this variant in the near future, while many older variants will be upgraded.

The F-22 Raptor was the first fifth-generation fighter jet and remains the stealthiest fighter jet in the world. It also laid the course for other aircraft to follow, introducing low radar visibility, supercruise, advanced sensor networks, and supermaneuverability in one package.

Although its production was discontinued in 2011 due to high cost, it remains one of the deadliest fighter jets for beyond-visual-range combat, made, even more, intimidating by its near-unrivaled dogfighting capability. Lacking multirole capabilities of many other fighter jets, the Raptor is still an incredibly effective air-to-air platform.

Also known as the Mighty Dragon, the J-20 is the most advanced Chinese fighter jet, employing the latest stealth technology. It is also the second 5th generation fighter jet to enter service in the world, an achievement made even more impressive by the fact that China has just recently started developing its own advanced fighter aircraft.

Its true capabilities are a closely guarded secret known only by the highest ranking Chinese officials. Nevertheless, we can tell that China keeps constantly upgrading its J-20s. Most recently, new powerful domestically-made engines were developed for it, and there are also hints that new, more advanced variants are in the works.

Some love it, others hate it, but nobody can deny that the F-35 is one of the most advanced and most capable fighter jets. While its early variants were beset by all kinds of problems, the U.S. spent billions of dollars improving this airplane, and many tests and training fights show that it can challenge any other jet.

The aircraft has three distinct variants: F-35A is the basic conventional fighter; F-35B is a variant for short take-off and vertical landing; F-35C is the carrier variant, designed to replace the U.S. Navy’s F/A-18 fighter jet.

What makes the F-35 stand out is its incredible fusion of advanced sensors, stealth, electronic warfare, and networking capabilities. The U.S. spent over $1.5 trillion dollars developing this plane, making it the most expensive weapon platform ever. It also made it the most advanced one. 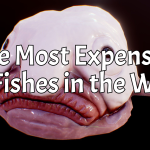 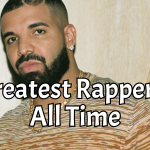