The legend of Atlantis is an enduring one. Invented by Plato some 2,300 years ago, he claimed that this utopian civilization, which allegedly existed 9,000 years before even his time, was punished by the gods for becoming selfish, greedy, and amoral and thus sunk into the seas. Which sea exactly, is not known.

While Atlantis is an entirely fictional sunken city, there are plenty of real ones out there that through some misfortune, if not necessarily the wrath of gods, can now only be found at the bottom of the sea, or, indeed, a lake.

Here are some of the world’s best.

In Japan, there are mysterious monuments of the coast of Ryuku Island that baffled scientist due to its strange shapes. They believed that it was submerged 10,000 years ago and some even believed that it belong to an unknown ancient civilization.

A mysterious arch, pyramid-shaped structure, metal staircases, and other shapes complete with markings that could be unknown ancient writings, have reportedly been identified, all hinting to a lost civilization. 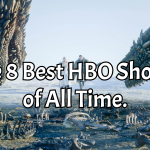 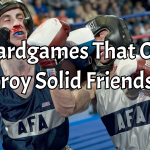