Everyone loves pizza for sure and people around the world have different preferences when it comes to it. Whether thin crust or thick, with pineapples or not but the real deal, is the pizza topping that you always order.

Since we live in a diverse world, pizza toppings can vary from place to place. Some of them look delicious, while others are just too strange for us to try.

So here are the most interesting pizza toppings around the world!

Eating kangaroo sounds strange, but in Australia, it’s a good source of food. In fact, kangaroos are overly populated that they are being culled so why not turn them into food.

It can be stewed, turned into hamburgers, and served in most of restaurants around Australia. .  There’s one thing that is unique which is kangaroo pizza.

The debate whether pineapples belong to pizza is neverending. But in Sweden, they don’t care, they have bananas on pizza! Sounds funny right?

Shawarma is a middle eastern food but a popular dish around the world. However, there’s one country where making shawarma pizza is particularly popular. It’s not from the middle east, but guess where? Yup, it’s in the Netherlands.

In fact, shawarma pizza is a very popular topping and best seller in most of the pizza restaurants there.

Pizza for breakfast? Although eating leftover pizza as breakfast is not uncommon, eating a pizza with breakfast foods on it is a little bit on the more unusual side.

Imagine a pizza that is loaded with bacon, eggs, tomatoes, mushrooms, toast, and sausages and can also include other foods like black pudding and baked beans. This is a UK full breakfast meal but has also become a pizza topping in the UK.

Japan is a place that is definitely on the travel bucket lists of a lot of people… and for good reason!

Japan is definitely known for its fresh seafood. One thing we’re not likely to see around here is squid pizza. But it’s super popular in Japan!

Tandoori chicken is one of the most beloved dishes in India. The chicken is marinated with varieties of spices and yogurt. It is cooked in a clay oven called “tandoor” hence the name.

So when you go to India, tandoori chicken is not only paired with rice but also a great pizza topping!

Mockba means Moscow. And Moscow is very popular for its seafood. So you can already guess it right. It is a pizza top with seafood! And not only seafood, but a generous amount of sardines, tuna, mackerel, and salmon.

The United Arab Emirates is known for its flamboyance, and pizza is one of them. They take the unique pizza crust to a whole new level.

The pizza crust is twisted up into the shape of a cone, covered in parmesan cheese, and then filled with different ingredients. Some recipes fill the cone with cream cheese while others fill it with chicken strips and honey mustard. 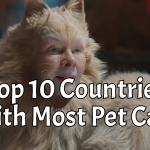 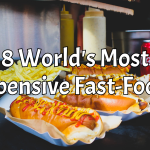