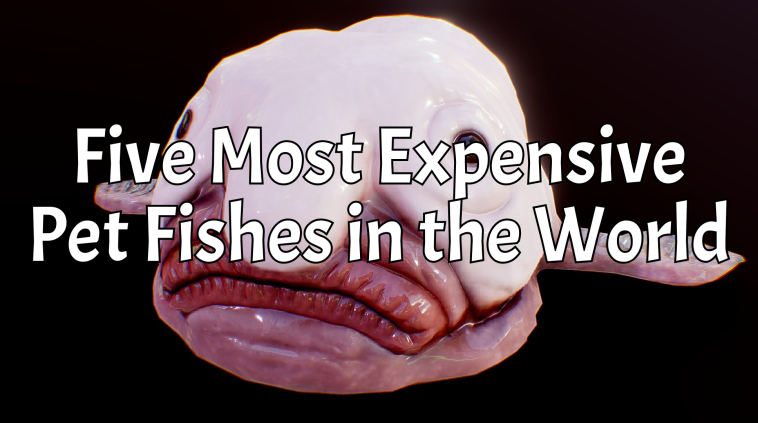 One of nature’s gifts is the beautiful and diverse aquatic pet species you can find anywhere in the world.

Popular pet fishes such as koi, shiny goldfish, snazzy angelfishes and etc. . . are enjoyed and loved by many of us. But there are some fish enthusiasts who want to be a little different. There are thousands of pet fishes species throughout the world and some of them are quite expensive.

This cute and vivid fish can only be found in the Caribbeans. Found over 800 feet below the ocean’s surface, these rare fish is extremely elusive which makes them very difficult to track down and hence the reason for their very expensive price.

This stunning fish is beautifully colored and can be found to vary from white to vivid orange.  This inch and half long fish is one of the most sought-after by both collectors and enthusiasts. However, due to its price, this fish is fast approaching to become endangered.

You might wonder what’s an Angelfish doing in this list, But believe me, this is a hell of a fish.

The Masked Angelfish, coming in at around twenty thousand dollars, is mostly found around the Hawaiin Islands.

With marble-white bodies and “masks” that develop in a variety of colors, thus the name  “Masked Angelfish”. Their color might not look as unique as other sea life, but their rarity and the level of difficulty to catch makes them highly coveted among collectors.

In fact, these fish are so rare that it’s essentially impossible to find them on the market. However, the year 2009 marked one of the few times that a pair of Masked Angelfish were sold. According to reports, an anonymous fish collector jumped at the opportunity to purchase two of these rare fish — paying a wild $30,000.

Another angelfish makes the list at number three. The Peppermint Angelfish, coming in at around thirty thousand dollars,

The name implies this angelfish is red and white striped just like the candy. This small fish grows to be about seven centimeters in length, making it a perfect size for aquarium life. However, due to its rarity and difficulty to catch, collectors pay around thirty-five thousand dollars for just one.

In addition to its being rare, divers also find these beautifully colored fish extremely hard to catch making this fish coveted among the collectors. They like to hide out in deep spots among tropical coral reefs.

This rare one-of-a-kind stingray can cost you a fortune that can go up to a hundred thousand.

Inhabiting the sandy banks of Brazil’s Xingu River, these rays are extremely hard to find in the wild or aquariums. Interestingly, since the wild population of Polka Dot Sting Rays is so hard to study, there isn’t enough data to even label the creatures as “endangered

This is considered to be the rarest stingray ever with Polkadot color, this freshwater ray definitely makes a rare addition to any aquarium.

The most expensive fish in the world is the Platinum Arowana.

It is a very popular and highly prized fish in China, Japan, Singapore, and some parts of Asia. People have been known to pay thousands of dollars to purchase one of these beautiful fish that is known not only for its beauty but also for its unique character.

The reason why it’s the most expensive is that Platinum Arowana is extremely rare. It is believed that there are only less than a hundred of them in the wild. In fact, they are microchipped for further research and studies.

The spectacular platinum coloring is actually due to a genetic mutation, but that only enhanced its rarity. The most expensive Platinum Arowana ever sold was for $430,000!