It’s been a year already since the coronavirus started its widespread havoc and the number of deaths are still increasing. Norms and many societies have changed.

Hundreds of years ago before coronavirus, diseases such as smallpox, cholera, and yellow fever which can be easily treated today, killed hundreds of millions around the world. History indeed repeats itself.

The past pandemics have reshaped societies in profound ways. Hundreds of millions of people have died around the world. Empires burned to the ground. Governments have fallen. Generations have been wiped out. Here is a look at how the worst pandemics have shaped the world and its widespread destruction.

Was thought to be history’s first episode of a plague that killed millions. It happened during the Byzantine emperor who was in power when it hit (thus the name Justinian). The source of the disease is from infected fleas hitching rides across Europe on the backs of black rats.

The plague spread like wildfire across Europe, Asia, North Africa and Arabia killing an estimated 30 to 50 million people, perhaps half of the world’s population during that time.

Many thought that it was the end of civilization from them. “A pestilence,” Procopius wrote of the plague, “by which the whole human race was near to being annihilated.”

People had no real understanding of how to fight it other than trying to avoid sick people. As to how the plague ended, the best guess is that the majority of people in a pandemic somehow survive, and those who survive have immunity.”

With an astonishing number of deaths. 200 Million! It was the greatest catastrophe ever. Put it this way: That would be like wiping out roughly 10 percent of the current world’s population.

The plague appeared twice and and when it returned 800 years later, it killed with reckless abandon, annihilating people swiftly. It hit Europe in 1347, claimed an astonishing 200 million lives in just four years.

People during that time has no clue to stop the disease, there had been no scientific understanding of contagion. But they knew that it had something to do with vicinity. That’s why forward-thinking officials in Venetian-controlled port city of Ragusa decided to keep newly arrived sailors in isolation until they could prove they weren’t sick. Thus, it invented the first quarantine.

Sailors were held on their ships for one-month, which became known in Venetian law as a trentino. As time went on, the Venetians increased the forced isolation to 40 days or a quarantino, the origin of the word quarantine and the start of its practice in the Western world.

Thousands of European explorers arrived to the New World (North America) brought religion and culture. They also brought smallpox, measles and other viruses for which New World or Native American inhabitants had no immunity and ravaged the New World.

The covid-19 pandemic has so many comparisons to the 1918 flu. It was also called “Spanish Flue” because it originated in Spain.

The flu came in two waves, starting in 1918 and ending in 1920. The number of infected is stunning —as many as 500 million (30% of Worlds population that time) with estimates of 50 million deaths worldwide.

Isolation and quarantines were used to slow down transmission. 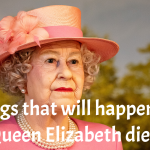 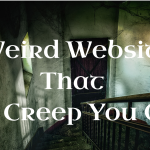