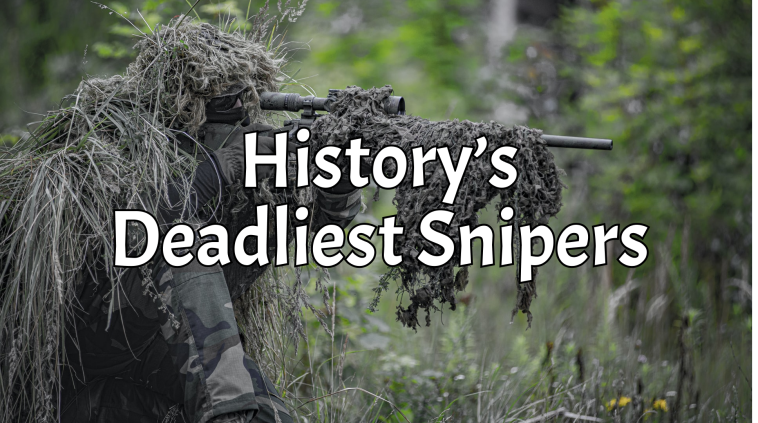 All over history, snipers have become a critical component in every war due to their ability to eliminate enemies without being seen. Snipers also provide reconnaissance and infiltrate enemy lines while remaining untouched.

According to an American war history study, an average of 25,000 rifle-caliber shots were required to achieve one combat kill during the Vietnam War. Thus, sniper’s efficiency with bullets has proven extremely important to the commanders on the battlefield.

In this article, we will tell you the fascinating story of the 4 deadliest snipers in history, and we will provide a brief analysis of their origins, skill set, and totally confirmed kills.

First on our list is the most lethal woman female military of all time, Lyudmila Mikhailovna Pavlichenko. She was a Soviet sniper that served with the Red Army during World War Two and is credited with an astounding 309 kills during her military career.

In her early years, Lyudmila joined a local shooting club where her skill as a sharp-shooter developed.

During WW2 and the invasion of Soviet territory by the Nazi Army, Lyudmilla volunteered for military service and was assigned to the 25th Rifle Division. Being a woman, she was offered the opportunity to become a nurse, but instead, she opted for sniper training, becoming one of 2,000 female snipers in the Red Army. In only three months of fighting, Pavlichenko racked up an impressive 187 kills.

Unfortunately, she was severely wounded by mortar fire in June of 1942 and was withdrawn from combat.  She climbed the rank of Lieutenant in the Red Army thereafter. Lyudmila was credited with a total of 309 confirmed kills, which included 257 German soldiers, and thirty-six enemy snipers.

His sharpshooting skills was developed in his youth through hunting and quickly developed a reputation for being a fierce sniper.

Pagahmagabow sharpshooting was vital in numerous battles, helping his battalion to fend off countless waves of German soldiers during his career.

One of his major accomplishments occurred during the 30 August 1918 Battle of the Scarpe when his company nearly ran out of ammunition fighting off German forces.  Braving “No Man’s Land” alone, Pagahmagabow brought back enough supplies (from dead soldiers in the field) to carry his unit through a final enemy counterattack. By the time the war was over, Pagahmagabow was credited with 378 confirmed kills and had succeeded in capturing more than 300 enemy troops alive.

Fyodor Okhlopkov was a Soviet sniper that served with the Red Army during World War Two, and is credited with 429 kills during his career. He first joined the Red Army with his brother, who was later killed in combat.

Enraged by the loss of his brother, Fyodor swore to avenge his death, becoming a sniper and machine-gunner on the Eastern Front. He then volunteered to be sent out alone to conduct surveillance and reconnaissance of the Nazi troop movements and was later credited with 429 kills from a sniper rifle alone.

Along with countless others from automatic weapons. Always on the front lines of combat, Okhlopkov sustained twelve serious wounds during his military career, with his twelfth occurring on 23 June 1944.

Due to his ethnicity, he was rejected for the title “Hero of the Soviet Union”. But the Soviet Union later bestowed this honorary title on Okhlopkov on 5 June 1965. Nearly a decade later, he was also given the “Order of Lenin,” following his untimely death on 28 May 1968 (Sixty years of age).

Hailed as the deadliest sniper that history has ever seen is Simo “Simuna” Hayha. A Finnish sniper that served in the Winter War of 1939–1940, and is credited with 505 confirmed kills against Red Army soldiers. Simo joined the Finnish Voluntary Militia (Known as the “White Guard”) at the age of twenty-one.

His deadly sharpshooting skills was first developed in his youth from hunting expeditions with his father. Hayha competed in numerous shooting competitions throughout Viipuri Province, earning numerous trophies for his sharpshooting abilities. He was known as a prodigy due to his accomplishments at a very young age.

When the war broke out between Finland and the Soviet Union in 1939, Hayha served as a sniper for the Finnish 6th Company of JR 34 during the Battle of Kollaa.

In freezing temperatures reaching -50 Degrees Fahrenheit, and camouflaged in solid white (to blend in with the snow terrain, Hayha incessantly dropped Red Army soldiers, racking up all 505 of his kills in less than 3 months of combat.

The incredible feat earned him the nickname “White Death” amongst both his fellow soldiers and enemy, alike. Hayha used only one weapon, a SAKO M/28-30 with iron sights without a telescopic lens. He was also known to pack himself in heavy snow to provide cover, and to balance his rifle; all while placing small bits of snow on his tongue to prevent his breath from giving away his position to the enemy.

On 6 March 1940, Hayha was severely wounded in his left jaw by an armor-piercing bullet fired by the Red Army. He has been in a coma for 3 weeks, but Hayha awoke on 13 March 1940, 2 weeks after the war ended. Half of his face was deformed from the gunshot.

Hayha was promoted to Second Lieutenant and retired from the military. Hayha later lived alone recuperated from his wounds and became a moose hunter and a dog breeder following the Second World War. At the age of Ninety-Six, Hayha passed away in a veteran’s nursing home located in Hamina (2002). He was buried in Ruokolahti, Finland.

For his service, Hayha was awarded the Cross of Liberty (3rd Class and 4th Class), along with the Medal of Liberty (1st Class and 2nd Class), and Cross of Kollaa Battle. To this day, Hayha remains the deadliest sniper in world history. 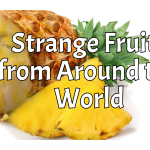 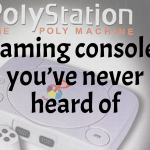