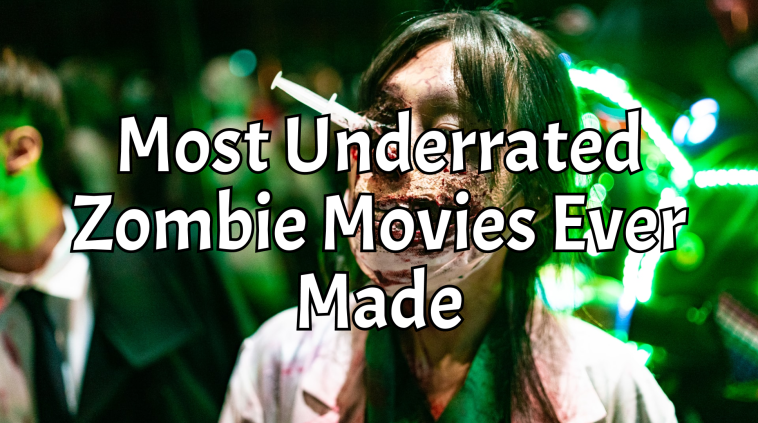 There are tons of zombie movies created but only a few of them were celebrated. Hundreds of others zombie movies go unnoticed and into the $5 bin at Walmart.

Sure, many of them terrible, but some don’t deserve the bad reputation that comes from poor box-office takes unfair critical thrashings or weak marketing.

These films are more than just overlooked or misunderstood. They are the most underrated zombie movies of all time.

The film follows some (quite dumb and impulsive) vacationers who end up in the abandoned ruins of the evil Templar monastery, awakening the blind dead, who can locate you by hearing your heartbeat.

This film is a perfect example of the early and powerful influence that Night Of The Living Dead had on the genre,  especially in Europe. Virginia’s resurrection as a zombie owing to transmissible bites is clearly a lift from that film. Oddly,  the subsequent films in the Blind Dead series dispensed with this element of the lore.

It also features a delightfully unexpected ending involving the slaughter of an entire train of innocent people.

Deadgirl is certainly one of the most WTF zombie films of all time.

The story is unique because no other zombie movie had really drawn up an entire film about the sexuality of the undead. Unfortunately, it’s compulsory sexuality, as the “dead girl” character in question is discovered by a handful of teenage boys, most of whom spend the majority of the film arguing over who gets to rape her next.

The film is effectively creepy and gross, like it or hates it, any and every instance of zombie sex in the future will always be referenced to Deadgirl in some way.

It’s funny to think that the director of a mega-smash like Guardians of the Galaxy got his start with a B-movie zombie/aliens homage, but that’s what James Gunn gleefully unleashed via Slither in 2006.

Wheelsy, is a quiet town where not much happens and everyone minds his own business. No one notices when evil slips in quietly but, when people find mutilated livestock and a woman goes missing, Sheriff Bill Pardy (Nathan Fillion) discovers an alien organism that threatens to devour all life on Earth.

The casting is one of the strongest things the film has going for it, with Firefly’s Nathan Fillion in a hero role and an appearance from Jenna Fischer as well, only a year into The Office. Equal parts funny, gory, and very, very slimy, Slither never strives to be much more than sleazy entertainment. It knows its place and plays its role very well.

Juan of the Dead is billed as Cuba’s first feature-length zombie film, and it’s a remarkably confident piece of work from director Alejandro Brugués. It has some similarities with a more sober-minded Shaun of the Dead beyond the title—the main character is also a slacker with a slob of a best friend, but the tone is much more impoverished and street-level than the middle-class boredom of Shaun’s life.

There are individual moments that distinctly recall George Romero’s films in a way that goes well beyond simple imitation. Juan of the Dead stands ably on its own.

28 Weeks Later is an often interesting, often scary, often powerful and often frustrating film for zombie/horror genre geeks. It does a wonderful job of transplanting that film’s nihilistic, hopeless streak of terror and what one person is willing to do to survive—especially in the masterful opening scene, where Robert Carlyle’s character abandons his wife while fleeing from zombies in a soul-crushing chase across the fields of England as tears of guilt stream down his face.

The certain scenes such as the opener are so powerful that we’re willing to forgive a lot.

It’s nearly impossible to discuss Wyrmwood without making the immediate and obvious Mad Max comparisons. The movie also features several other welcome twists on the zombie formula. You’d be forgiven for expecting yet another “gritty,” low-budget zombie film without any real ambition, but each minute propels Wyrmwood forward into unexpected territory, from the discovery that zombie blood can be used to power vehicles to the second-half revelations revolving around the character of Brooke and the development of latent psychic powers. The movie is many things at once: Scary without being dour, emotional without feeling pompous and gory without completely descending into the violent slapstick of Peter Jackson’s Dead Alive or Bad Taste.

Director Shin’ichirô Ueda’s exceedingly clever backstage zombie comedy One Cut of the Dead has been dazzling Japanese genre fans in limited release ever since 2017, but it took a few years for the rest of the world to become aware of what a completely charming film we had been missing. The only thing that holds this particular entry back on a list of the “best zombie movies” is the fact that its zombies ultimately aren’t “real”—they’re actors attempting to produce a single-take, 30-minute long, live broadcast of a zombie short film, something the audience only realizes after the first third of the film has passed.

2007 was a breakthrough year for post-Blair Witch found-footage horror, including the first Paranormal Activity and Romero’s own Diary of the Dead, but it wasn’t only in the U.S. that people were effectively employing that technique. The best of all the found-footage zombie films is still probably REC, another film on this list that exhibits some playfulness in redetermining exactly what a “zombie” is or isn’t.

Zombie horror seems to go hand-in-hand with the found-footage approach more naturally than some other horror genres—perhaps it’s the fact that in the digital age, we’d all be compelled to document any such outbreak on our phones or other devices? Regardless, it’s not nearly so forced as some entries in this particular horror subgenre, and gives an excellent sense of what it might be like if you were just an average person locked in a huge apartment building filled with zombies.

Day of the Dead brought a science aspect to reanimated corpses, but Re-Animator revels in it. This is the best kind of pulpy science, the stuff that one would have found in the pages of Weird Tales in the heyday of H.P. Lovecraft. And indeed, Re-Animator is a modernized Lovecraft adaptation from a 1921 story, still perhaps the best adaptation made from one of his pieces of short fiction. J 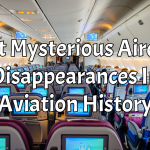