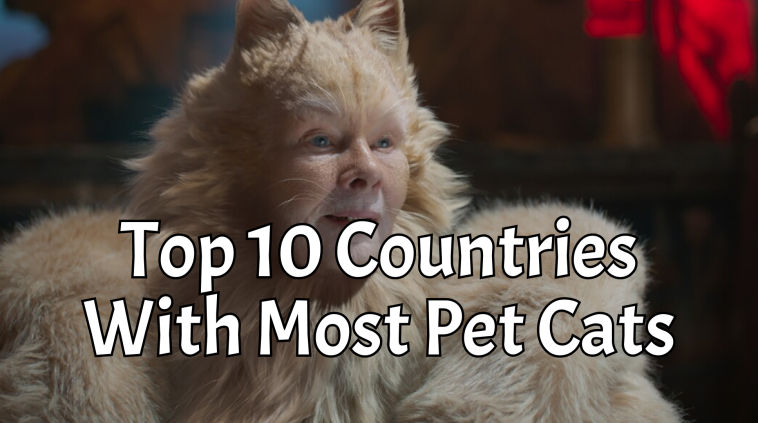 Cats, just next to dogs, are the most popular pet in the world. They live almost everywhere that people do, and most of the time in our houses and in the streets. Humans and cats have  and life would be different without them

Below is a list of the top 10 countries with the largest pet cat populations.

Japanese people love cats. In fact, the affection towards cats is so great in the country that Japanese art and literature have cats in them.

The country even has its own ‘Cat Island’, namely Tashirojima Island in Ishinomaki City, where humans are overpopulated by cats and are often seen welcoming boats to the city’s port.

Besides these, many cities and towns of Japan also thrive in terms of cat populations, and a large number of Japanese people own cats as pets. Hence, cat salons, cafeterias, and pet food shops are also found in abundance in these cities and towns. The total cat population of Japan is estimated to be around 7.25 million.

Most Ukrainians have pet cats in their household. Ukraine’s streets are also overpopulated with cats. But due to insufficient laws on animal welfare, Ukraine has been subject to criticism by animal welfare organizations because of their treatment of stray cats and dogs.

Large numbers of cats and dogs alike are left abandoned on the country’s streets.

Germany’s cat population figures from an estimated 7.75 million-strong nationwide. There are also millions of stray cats in the country according to their own report.

Cats wander in their streets freely. In fact, they are so many that they became pests. In 2014 there is a reported €500,000 in damages to plants and flowers. But they ban the killing and hunting of cats which causes this staggering growth of its population.

The UK has one of the most well-developed animal welfare laws in the world. But, despite this fact, they still have issues with the large stray cats population. Over the past few years, over 30,000 felines have ended up in Great Britain’s shelters, creating a ‘cat crisis’ in the region. Neutering before the cats get pregnant is believed to be the best preventative measure to resolve this issue.

Pet cats in Italy enjoy lots of privileges. The country has a large number of shelters for its feral and stray cat populations.

One of the most famous of Italy’s shelters is the Torre Argentina Cat Sanctuary, located in Largo di Torre Argentina in Rome, where a large number of stray cats of various breeds enjoy a free-roaming status.

In fact, they have a largely female group called “Le Gettares” who guards cats (mostly stray cats) against harm.

France has very strict rules on pet ownership. In fact, they have a database of pets and their owners. Thus, a pet cat needs to have some sort of identification mark on it, like a microchip inserted underneath its skin, that traces their identities. Today, the total population of domestic felines in the country numbers around 9.5 million.

The total cat population of Brazil is around 12.5 million. There was an estimated 37.6% rise in the cat population in this country between 2007 and 2012. Cat food sales in Brazil resulted in generating around US$869 million worth of profit for the pet food industry annually. Besides pet cats, a large number of feral and stray cats also help to account for the staggering cat population of the country.

Russia has a burgeoning cat population which today stands at an estimated 12.75 million. Russians, in general, bear a warm-hearted and loving attitude towards their animals. Many homes across the country own one or more cats, with most of these cats having been adopted from the streets.

China is home to around 53 million cats. China, having the third-largest pet industry in the world, definitely has a substantial pet cat population. However, besides pet cats, the stray and feral cat population of the country is also skyrocketing, with Beijing alone having thousands of stray cats.

The Americans not only take care of their in-home pets but also open their doors to the large numbers of stray and feral cats found there. A large number of households obtain their pets from family and friends, while stray and feral cats have been adopted by over 34% of American cat-owning households. Only 3% of cat-owners, meanwhile, obtain their pets from a breeder. 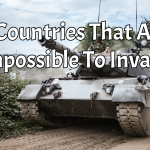 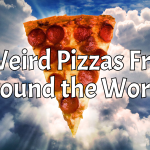