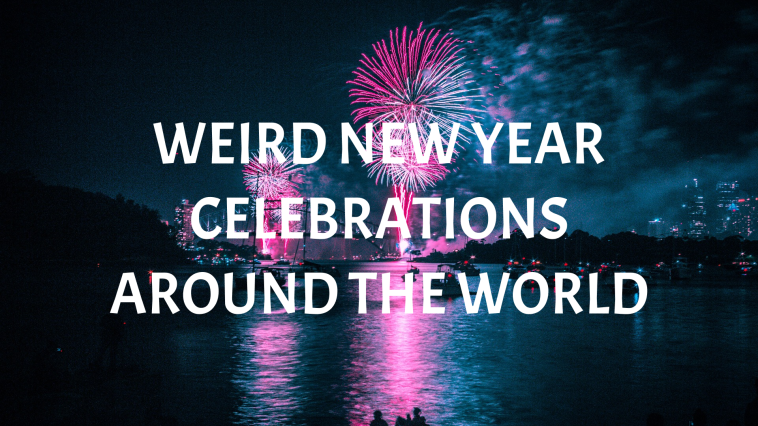 While glaring at spectacular New Year’s fireworks around the world, many weird and unique traditions lighten up some small corners of the globe as well.

Fireworks to ward off bad spirits and counting down the last few seconds seem universal, many countries have their own unique ways to celebrate.

Let us follow what other countries’ unique and weird New Year’s Eve traditions, make a wish, and have a Happy New Year!

Romanian farmers spend their New Year’s trying to communicate with their livestock, earning good luck if they succeed!

In Philippine tradition, round symbolizes prosperity and wealth. So they make sure that round is present when celebrating the new year. They gather 12 different round fruits and wear polka dots shirts and throw around coins.

If you want to get close with someone for the next year to come, smash a plate against their door. The tradition is meant to bring the recipient good luck for the year ahead — the bigger the pile of shattered plates at their door, the more good fortune you receive.

Women in  Latin American countries like Colombia,  Mexico, Bolivia, and Brazil, choose carefully what color of their panties to wear on New Year’s Eve. It will determine what kind of year you’ll have. So choose wisely!  Red will bring romantic relationships.  And yellow leads to prosperity and success. White stands for peace and serenity, while green signifies well-being and nature.

People particularly in Naples, throw everything from old appliances to fridges off their balconies. Getting rid of old stuff symbolizes a fresh start in the new year. To avoid  injuries though, most locals stick to small and soft objects for their throwing tradition, (no furniture please!)  Though you still have to watch your head should you travel to Naples.

Considered less tradition but more like a high-tech event, for the fifth year, the people of downtown Boise will welcome the new year by dropping a giant spud from the sky. More than 40,000 people will gather to see a, 400-pound blazing “GlowTato” from the sky.

Buddhist temples all over Japan ring their bells 108 times to ward-off evil passions all human beings have. Japanese believe that joyanokane, the ringing of the bells, will cleanse them from their sins of the previous year.

In Scottish folklore, the “first-foot,” also known as quaaltagh, a tall, dark-haired male with gifts like salt, coins and bread , is thought to bring the best luck for the house. The tradition dates back to the Viking days.

Ecuadorians bid goodbye to the old year by lighting up huge effigies, or “viejos”, representing the old year. Communities build these enormous scarecrows out of paper and old clothes, then ignite their creations when the clock strikes 12 to put the previous year to bed. 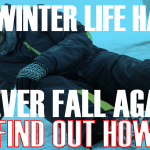 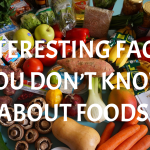