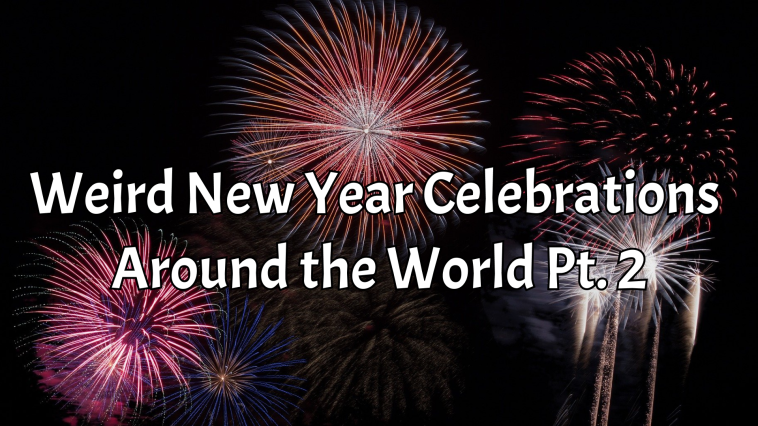 Last year, we wrote several weird traditions from different countries ranging from Romania to the Philippines.

Now, this 2022 let’s add a few more countries to our list and follow what are their unique and weird New Year’s Eve traditions, make a wish, and have a Happy New Year!

There will be exactly 12 grapes that will be eaten at exactly midnight on New Year’s Eve to honor a tradition that started in the late 19th century.

The first 12 seconds of the New Year is quiet and intense, as everyone focuses on eating all 12 of the “miraculous grapes” that symbolize 12 lucky months ahead.

The Netherlands: Welcoming the New Year with Oliebollen

In the Netherlands, where New Year’s Eve temperature is freezing, it’s traditional to indulge in a warm, deep-fried, powdered sugar-dusted confection known as the oliebol.

The translation for this time-honored treat is literally “oil ball,” but don’t let that dissuade you. Oliebollen are just the right palate-pleasing combination of oil, dough, and sugar. These crispy, satisfying pastries which are a cousin of doughnuts can be a satisfying way to warm up on a snowy New Years’ eve night.

New Year’s Eve in the Brazilian oceans is covered with white flowers and candles. In Brazil it is commonplace for citizens to take to the shores on New Year’s Eve in order to make offerings to Yemoja, a major water deity who is said to control the seas, to elicit her blessings for the year to come.

The Greeks believe that onions are a symbol of rebirth, and so they hang the pungent vegetable on their doors in order to promote growth throughout the new year.

From ancient times until now this onion-like, wild-growing plant has been a symbol of fertility and purification. Onions are viewed as highly fertile because the bulbs seem to want to sprout, even if they are being left alone and greek culture has long associated this food with the idea of development.

Chile: Chilling in the Graveyards

In Chile, New Year’s Eve masses are held not at church, but in cemeteries. This odd change of scenery allows for people to sit with their family members’ graves and include them in the New Year’s Eve celebration.

Bleigießen or lead pouring is a unique activity in Germans New Year Eve.

Using a candle, each person melts a small piece of lead or tin and pours it into a container of cold water. The shape that the lead or tin form is said to show a person’s fate for the upcoming year.

Estonians believe that eating seven, nine, or 12 meals will bring about good things in the year to come, seeing as those numbers are considered lucky throughout the country. And if you can’t finish your food, worry not: People often purposefully leave food on their plates in order to feed their visiting family members—the ones in spirit form, that is.

In Turkey, people sprinkle salt at their doorstep as soon as the clock strikes midnight on New Year’s Day.

Like many other New Year’s Eve traditions around the globe, this one is said to promote both peace and prosperity throughout the new year. 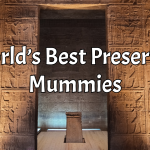 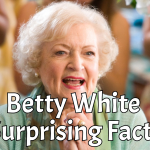