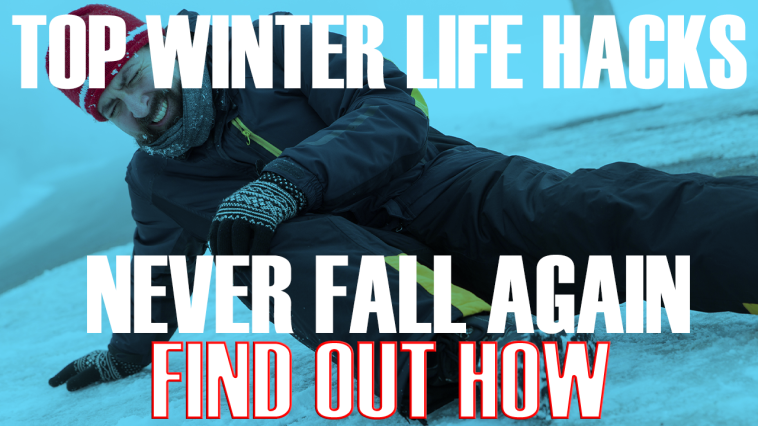 Some people love the look of winter, some people don’t but I’m pretty sure we can all agree that getting out and shoveling is never fun. Here are some of our top life hacks for winter that we think you will love

Extra Socks In The Glove Box

I’m sure it’s happened more often than not to you, and I know it only ever happens to me on the coldest days of the year. You’re cleaning off your car and boom, ice cold snow falls in to your boot or shoe and you’re feet are now freezing.

I’m sure you have more than one pair of socks, use this life hack, keep an extra pair of (dry) socks in your glove box. If your feet get soaked and frozen, you’ll easily have a pair on hand to switch in to!

In the summer I’m sure you have your ceiling fan blowing to try to get some relief from the sweltering heat. Well, did you know it can be beneficial in the winter as well?

In the summer when you turn the fan on, the default air direction is to blow air down on you. Usually there’s a switch on most if not all fans to reverse the direction of the blades. For example, instead of them spinning clockwise, they’ll spin (opposite) counterclockwise. When you do this, you want to keep the fan on the lowest speed so it doesn’t cool the air off.

When you do this, it will basically bring the warm air down in to the room instead of keeping it up towards the ceiling. Not only will you save on your heating bill, but you will be nice and cozy!

Cat Litter In The Trunk

I’m positive you’ve heard of this one at some point in one way or another, but did you know that keeping a box or a bag of kitty litter in your trunk can get you out of some slippery situations in winter? If your car is ever stuck and your tires are spinning endlessly, first put your e-brake on just to be on the safe side. pour some kitty litter on the ground as close to your tires as you can and a bit further back or ahead of the tire.

Doing so will give you some traction and hopefully get you out of the spot you’re stuck in. Also if you’re car isn’t stuck but the ground is too slippery to walk, keep a box or bag of litter in the backseat where you can reach it. As you take each step, plan where your next step will be and throw a handful of litter there, you’ll have great traction and won’t fall on your butt!

Snow Stuck To Shovel or Snowblower

This one, I will admit seems a bit dumb, but it actually does help. If you have ever shoveled snow or used a snow blower, I’m sure you’ve had the snow get stuck to either the shovel or inside the blower, then you’re left banging it to get the snow off or stopping to get it off by hand.

Well, if you have it on hand or get it specifically for the winter, use some spray cooking oil such as Palmolive, spray it in the chute or on the auger on the snow blower or on the shovel before you start shoveling. Ta-da, no more stuck snow!

Coffee or Smoking Before Shoveling

If you smoke, I’m sure you want to have one before you start shoveling or if you drink coffee on a regular basis, you want to have a nice warm cup of coffee before or during shoveling to stay warm. Here’s you’re one and only warning. Don’t. It will put a lot of extra stress on the heart, and in the winter there’s more heart related hospitalizations compared to in the summer.

One of the main reasons, in the winter your blood becomes a bit thicker than in the summer, between that and the increased exercise while shoveling and the lack of exercise when not shoveling, combine that with the fact that most people will drink coffee before or during shoveling snow, the heart goes in to overdrive.

Don’t Fall In The Snow

I’m sure more often than once you’ve fallen in the snow. Well, have you ever seen pretty much any other animal fall in the snow?

There’s a good reason for that. You can test it out right now even if there’s no snow on the ground. Take an ice cube and press your finger straight on to it, no matter how hard you press, your finger won’t slip as long as the force you’re putting on to the ice cube is a straight line. The moment you move your finger off to one direction it will slip.

In the winter if you’re walking in the snow, and you walk with your legs basically straight and apply straight downward force on your foot, you can easily balance on one foot and never slide again! 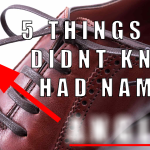